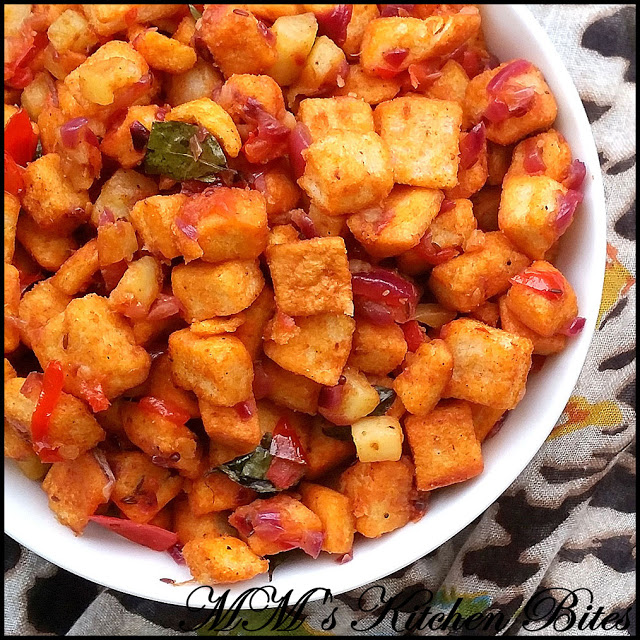 Bread Tadka…IMO, if there is one Indian Breakfast thingy that is highly overrated, it is what people called Bread Upma or Bread Poha. The version of leftover bread thingy that I grew up with was covered in masala but wasn’t gooey unlike what I see almost everywhere. Presenting Bread Tadka – it doesn’t look like the real upma or the real poha and thus not called by any of those names!! And it is nice and it has crunch. The difference is in roasting the bread cubes first till golden brown, so the bread doesn’t doesn’t go mushy. The little things in life make the biggest difference, right?

(You can additionally add any vegetable of your choice; I don’t as for me it takes away from the taste of bread! I also don’t add any other spice powder for the same reason – and also the fact the aroma of frying curry leaves, ginger and green chillies wafting in the kitchen first thing in the morning doesn’t need any messing around with, right? )

Heat 2 tsp oil in a wide pan and add the cubed bread. Stir and roast the bread on low medium heat till it is toasted to a light golden brown colour on all sides. Keep aside.

Heat 1 tsp oil in the same pan and add in the potatoes in a single layer. Keep the heat on low medium, sprinkle with a little salt and cover the pan. What you are looking for is to fry the potatoes to crisp golden on the bottom and steamed cooked on the top. It adds to the texture. No stirring, let the potatoes turn crispy– around 4 to 5 minutes. Once done, remove and keep aside with the bread.

Heat the remaining 1 tsp oil in the same pan. Add in the mustard seeds/cumin seeds and when they start sizzling, add in the curry leave, ginger and green chilies.

Stir for about 30 seconds and add in the onions. Cook the onions till they turn translucent. 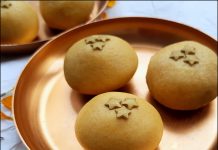 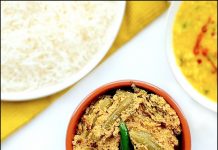 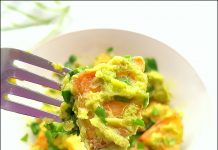